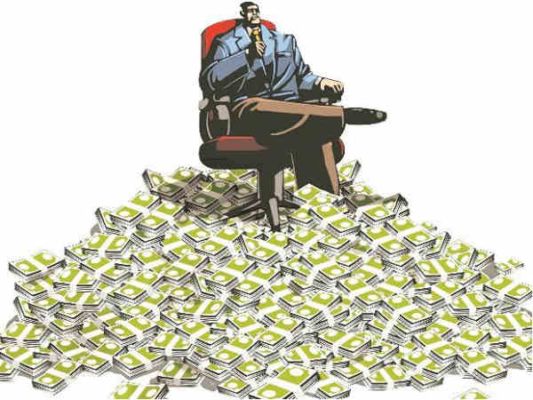 Lotteries can make anyone a millionaire in a jiffy. But in this case it is necessary to support luck. Every month people become millionaires by lottery. Such news keeps coming from India to America. Another such report has come, in which an Australian man has become a millionaire by lottery.

Lottery: Couple was celebrating holiday, there was news of winning Rs 5.15 crore

free ticket
An Australian man got a lottery ticket for free, winning a lottery jackpot of about $150,000. In Indian currency, this amount is close to Rs 1.11 crore. As per a UPI report, the man from The Nambuca Heads, New South Wales, told The Lot officials that he received his free Lucky Lottery Mega Jackpot ticket as a bonus ticket at the Nambuca Heads news agency. That is, this person became a millionaire with a free lottery ticket.

not sure
With the bonus ticket this person won the jackpot of $145,796 on September 24th. The winner told the officials that I can’t believe it, especially he is quite surprised to win this award on a free ticket. They feel very lucky. This person said that he is still considering what to do with the prize money.

will help the kids
He says that he will start spending this money by helping the children. They will really be able to enjoy it, no doubt about it. Thea Kimber, owner of Nambuca Heads News Agency, said the win went a long way for the store.

biggest win
According to Kimber, this is the biggest winning entry for the store it has sold since becoming the owner of the news agency. All the store staff are very excited and when the customer came to check his ticket the staff was very happy. Recently, the luck of an auto driver in India shone with a lottery. The fate of a 58-year-old auto-rickshaw driver from Kerala’s Ernakulam district changed overnight. He was declared the winner of the Thiruvonam bumper lottery of the state government.

auto driver become rich
Auto-rickshaw driver won a prize of Rs 12 crore in the lottery. Jaipalan PR, a resident of Maradu, Kochi, deposited the original copy of the winning ticket at a nearby bank branch, after which he was certified as the first prize winner of the lottery. He is expected to get an amount of around Rs 7.4 crore after deducting tax and agency commission. The cost of the lottery ticket was Rs 300. He said that he regularly buys lottery tickets and has already won Rs 5,000. When asked what he would do with the prize money. Jayapalan says that he has some debt which he wants to repay. They are also facing two civil cases in the court which they want to clear. They want to give good education to their children.