Is Hindi the national language of India? Many would say yes, while many others would disagree.
A recent Twitter banter between Ajay Devgn and Kannada actor Kiccha Sudeep has grabbed people’s attention and pushed them to really question whether Hindi is in fact India’s national language.

The debate started when Sudeep reportedly reacted to a comment that used the term “pan-India” to describe the reach of Kannada movies. He said, “Everyone says that a Kannada film was made on a pan-India level but a small correction is that Hindi is not a national language anymore.”

Reacting to the Bollywood actor’s response, Ex-Karnataka CM Siddaramaiah said, “Hindi was never & will never be our National Language. It is the duty of every Indian to respect the linguistic diversity of our Country. Each language has its own rich history for its people to be proud of. I am proud to be a Kannadiga!!”

So is Hindi our national language?

The Eighth Schedule to the Constitution of India contains a list of 22 languages. In 1950, the Constitution listed 14 languages including Assamese, Bengali, Gujarati, Hindi, Kannada, Kashmiri, Malayalam, Marathi, Oriya, Punjabi, Tamil, Telugu, and Urdu. However, the list was expanded thrice which led to the inclusion of Sindhi, then Konkani, Manipuri and Nepali and then four more languages, Bodo, Santhali, Maithili and Dogri, totalling it to 22 scheduled languages.

While Hindi is not a national language, article 343(1) of the Indian constitution specifically mentions that Hindi in Devanagari script and English are the official languages in India.

The primary difference between national and official language is that while the former is associated with the country’s socio-political and cultural functions, the latter has more to do with the government and its affairs. 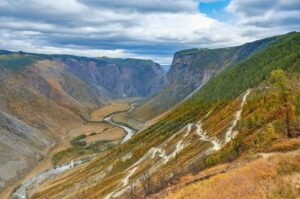