Chhattisgarh is a state of India and is situated in central-eastern India. The state was created on 1 November 2000 and was formerly part of its neighbouring state, Madhya Pradesh. Since the Vedic period, Chhattisgarh has been the centre of change and growth of many cultures. The ancient temples here, and their remains, suggest that Vaishnava, Saivite, Sakta, and Buddhist communities have had influence in different times. Famous people have an enormous influence on the next generation. The list consists of individuals from a number of fields of interest and occupations that have made their hometown proud not just in the country, but also outside the country. Let us have a look at the famous personalities of Chhattisgarh

Chhattisgarh is one of India’s fastest-growing states. The Gross State Domestic Product (GSDP) of Chhattisgarh is 3.63 lakh crore (USD 51 billion) and the per capita GSDP is 102.762 (USD 1.400). Chhattisgarh, a resource-rich state, is a source of electricity and steel for the region, accounting for 15 per cent of the total steel generated and a major contributor to coal. Chhattisgarh is the cleanest state in the list of states with more than 100 urban local authorities (ULB) for the second time, according to the findings of the ‘Swachh Survekshan 2020‘ declared by Union Minister Hardeep Singh Puri at Swachh Mahotsav, organised by the Ministry of Housing and Urban Affairs.

Soma Rathod and Anurag Basu are a couple of those revered characters that India is proud of. Many competitive exams also ask questions related to famous personalities in various cities, state and the country. Also, it is important for our General Knowledge to know about them. They are an inspiration to everyone around. So, we present you a few famous personalities of Arunachal Pradesh who have made the state and the country proud.

Soma Rathod as the famous Ammaji of Bhabi Ji Ghar Par Hain as the mother of Manmohan Tiwari. A character often makes people laugh with a taunting accent, an overweight character, a woman who loves her daughter in law and her comedic gestures. Soma has made this character one of T.V’s favourite actors.

Gehana Vasisth was born on 16-06-1988 in Chirmiri, Koriya in the state of Chhattisgarh, India. She is an Indian model, a film star, a television actress and a news host. She’s known for her role in Tamil, Telugu, Bollywood movies & Hindi TV shows. The real name of Gehana Vasist is Vandana Towari. She holds an engineering degree from All Saints College of Technology, Bhopal in Computer Science. She was discovered by Shahryar Khan, who had contracted her to become a model in the Monte Carlo company. After becoming recognised from that ad, she featured in almost 70 advertisements.

Shweta Padda was born in Bhilai, Durg, Chhattisgarh, India. She is an Indian film actress, theatre actress, theatre producer, dancer and television presenter who received the award of Mrs. Asia International India 2014. She is also known for her role in Hindi’s short films & web series. She made her acting debut in 2020 with a multilingual short, Eli Eli Lama Sabachthani?, in 2017. She was also seen in a well-known short film called Scent. She was also part of the super-hit Bollywood film Love Aaj Kal 2 cast.

Rashmi Jha’s coming from Raipur. After graduating her high school, she began competing in beauty pageants as she decided to develop a future in acting. She represented INDIA internationally at the China Supermodel Contest and rose to the fore after that. She began her modelling career, modelling for brands including Dell, Kingfisher, and Cotton County, among others. Rashmi Jha also walked the ramp for prestigious designers such as Neeta Lulla, Rohit Bal and Rocky S, among others.

Anurag Basu is an Indian reality show judge, director, actress, screenwriter and producer. He started his career as a TV producer, switching to feature films in 2002. Basu gained initial success with his films exploring the themes of love and adultery[1] such as Metro Life, Kites, Gangster and Murder. Later, he directed comedy-drama films including the critically acclaimed and commercially successful Barfi! Basu started his TV career as an assistant director at Tara in mid-94. After six months, he was granted full responsibility to direct about 712 series. His last directed movie is Ludo.

Shivlekh, a native of the Janjgir-Champa district of Chhattisgarh, and his parents have been living in Mumbai for the last ten years. He had appeared in many TV series, including “Sankatmochan Hanuman” and “Sasural Simar Ka,” among others. In addition to acting, he also took part in several reality shows such as India’s Best Draamebaaz. He was last seen in the Keari Nandan TV broadcast.

Abhishek Singh is the 16th MP of Lok Sabha. In the 2014 election, he entered the Rajnandgaon seat of Chhattisgarh of the Bharatiya Janata Party. He received his engineering degree from Raipur NIT. Later, he graduated from XLRI with a master’s degree (MBA). Even after completing his higher education, he entered politics and even successfully campaigned for the BJP party in the Kawardha and Rajnandgaon electoral districts during the Chhattisgarh parliamentary elections of 2013. In the following polls, the BJP party declared its name as a candidate for the Rajnandgaon general election, even though Madhusudan Yadav’s name had been rejected by the electorate at that time.

Ajit Jogi is an Indian politician who has been Chhattisgarh’s first CM. He was a member of the Indian National Congress Party (INC). Ajit Jogi was the last to represent the electoral district of the Scheduled Tribes in the Marwahi district of Chattisgarhgarh. He was a lecturer at the Government Engineering College in Raipur from 1967 to 1968. Ajit Jogi also worked as professor at the Maulana Azad Institute of Technology in Bhopal. In addition, he served in the Indian administrative services and the Indian police.

Bhupesh Baghel studied graduation at Pandit Ravi Shankar Shukla University. Since childhood, he’s been really interested in politics, he’s grown up in politics and made a list. Bhupesh Baghel began his political career under the guidance of Guru Chandulal Chandra Chandra. From the 1980s onwards, he started to benefit from politics and entered the Indian Youth Congress (IYC) in 1985. From 1990 to 1994, he was chairman of the Durg District Youth Congress Committee (Rural). He was Chief of the Madhya Pradesh Housing Board from 1993 to 2001. Baghel was elected MLA of the Patan Assembly in the Durg district of Chhattisgarh.

Be it acting or political, these people from Chhattisgarh have done extremely well in their territories. Their job is talking about them. It’s exciting to see that all these great characters have made their way to success and now shine brilliantly. With hard work and conviction, one will freely navigate the seas of success. These people are a paradigm of that, too. Chhattisgarh is the birthplace of many ancient civilizations that survive today in the Chhattisgarh literature, dance, poetry and Hindu religion. No wonder this state has given us such admirable characters that the whole country honours today.

We hope this list of Famous Personalities of Chhattisgarh helps you prepare well for your interview and you get your dream job, if you are looking for one. If you want to improve your general knowledge, then this is a good thing to know. You can find all such information about famous personalities and general knowledge on our website. If you have any queries or questions, do let us know in the comment section below. We answer to all the questions and provide information only after thorough research from trusted sources. Send this to your friends and family and let them know about the Famous Personalities of Chhattisgarh.

August 16, 2022
9 Success Habits of Wealthy People That Cost Nothing

9 Success Habits of Wealthy People That Cost Nothing 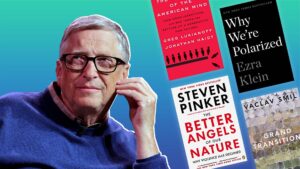