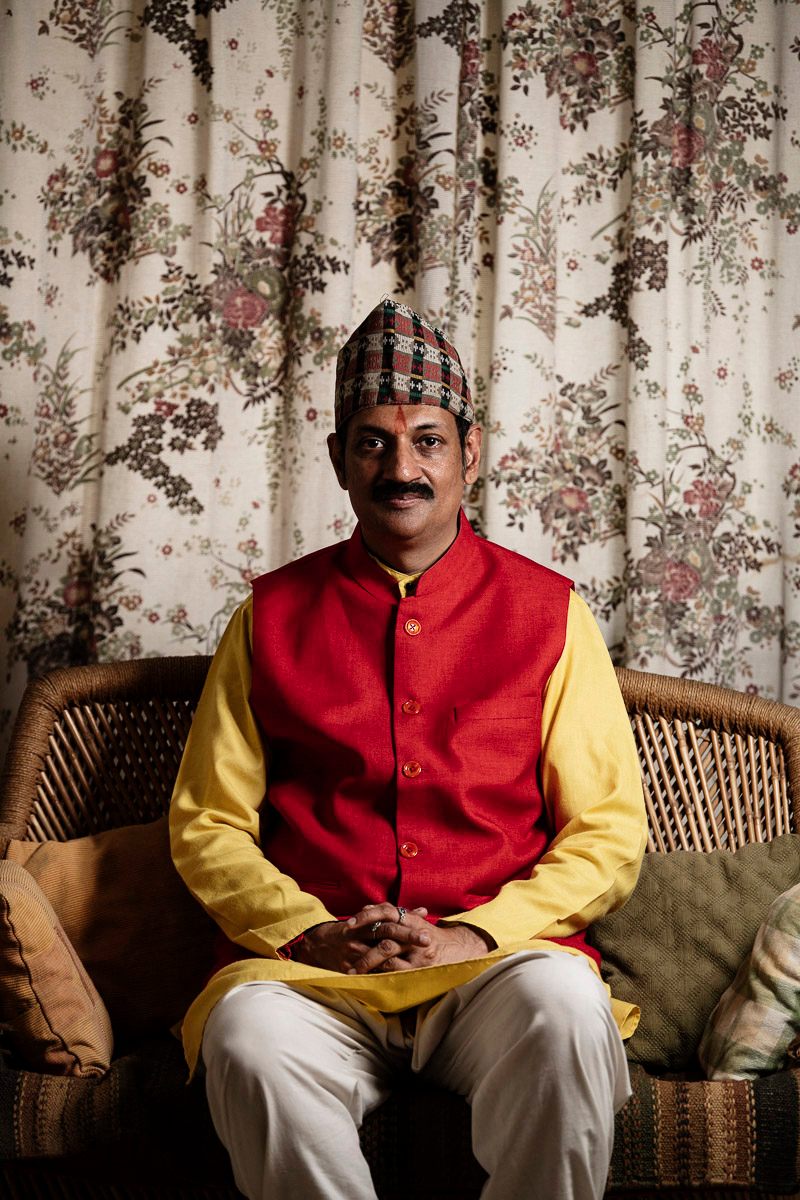 How an Indian Prince Built a Queer Sanctuary in Gujarat

One of the world’s most unusual LGBTQ support centers sits on 15 acres of farmland in Gujarat, India, by the side of the Narmada River. Rustic farmhouses are clustered near millet fields, mango trees, and a white bull with spectacularly large horns. Riya Patel, who was born in the U.S. and now works as a manager and farmer at the center, advises against taking a dip in the river: A swimmer once became crocodile lunch here, Patel says. “We get a lot of snakes too,” she adds, sitting on a creaky outdoor swing in a green-and-red dress. “We had a snake funeral the other day, after we ran one over.”

Inside the buildings, the taxidermy heads of leopard and deer overlook beds, next to old photos of the royal family of the Rajpipla region. There used to be a palace on these grounds, but it was dismantled in 1960 because its infrastructure wasn’t strong enough to withstand flooding. Like India’s other royal dynasties, the family lost its power and state funding in 1971, but kept its high social status and ceremonial titles. The photos reveal the man behind the campus: 54 year-old Manvendra Singh Gohil, who is often described as the world’s only “out” gay prince. He has big plans for the future of this place.
VIDEO FROM ATLAS OBSCURA

Manvendra is the son of the Maharana of Rajpipla—his full name is Maharana Shri Raghubir Singhji Rajendrasinghji—and his wife, Princess Rukmini Devi of Rajasthan. “I was raised by a nanny, so for me family didn’t exist,” Manvendra says. When not at boarding school in Mumbai, Manvendra was brought up in the main family residence, Vijay Palace in the city of Rajpipla.
Atlas Obscura Trips
India: Desert Festivals of Rajasthan
View This Trip

In 1991, at 25 years old, Manvendra was placed in an arranged marriage with Princess Chandrika Kumari of Jhabua. He had been attracted to men since his childhood, but didn’t really understand homosexuality. “Sex education in school was about lions, zebras and giraffes,” he says. “I wondered: ‘I’m not going to have sex with a zebra—why are they teaching us this?’ They weren’t teaching about humans.”

The couple were granted a swift, amicable divorce in 1992, because the marriage was never consummated. Manvendra’s parents asked doctors to try and find out what was “wrong” with him, and he read library books that framed homosexuality as a kind of “sexual deviation.” But in the mid-’90s, things finally clicked: He read Bombay Dost, India’s first LGBTQ magazine, founded by journalist and activist Ashok Row Kavi. After Manvendra contacted Row Kavi, “things became clear,” the prince says. “He mentored me, exposed me to other parts of the community, did counseling with me. Based on that, I accepted myself as a self-identified gay man.” In 2000, he quietly formed the Lakshya Trust, an organisation focused on LGBTQ counselling and medical services in Gujarat.

In March 2006, Manvendra came out publicly, and his mother publicly disowned him in a newspaper advertisement. Members of the public burned effigies of him, but this only galvanized Manvendra’s resolve as an activist. “I made a statement to the media: ‘I don’t blame my parents,’” he says. “I blamed ignorance. It was my duty, to everyone who has been homophobic, to educate them.”

Later in 2006, a lawyer challenged Manvendra’s mother’s statement. After a legal battle, the family’s effort to disown and disinherit the prince was halted, and Manvendra was given the family’s country estate. It had no running water or electricity, but it had potential.

In 2011, Manvendra met Deandre Richardson, an American man, on a dating app in India. Two years later, the couple married in Seattle. Gay marriage is not legally recognized in India, but Richardson has informally adopted the title “Duke.”

Until September 2018, it was illegal to have consensual gay sex in India, under Section 377 of the country’s Penal Code. Many young Indians face pressure to have children, especially in the countryside, and that often amplifies intolerance towards homosexuality. Big Indian cities often have gay scenes to tap into, both overt and underground, but not so much in rural Gujarat. “I came up with the idea of a fully-fledged campus,” says Manvendra.

By 2017, the prince and his husband had fitted two main buildings with amenities, including four bedrooms between them. The word “campus” was a bit misleading, as the site was still more like a farm. But the concept was becoming a reality: Here’s an isolated place where gay people can turn up, talk things through, have a hot meal, and escape external pressures.

Patel, a trans woman, arrived in February 2017 and quickly made herself essential. She helps manage the site and recently organized a trans conference. Shailesh Raval, a 40-year-old gay man from a nearby village, also lives on the campus. He describes himself as a “bottom seeking a nice top,” but hasn’t come out to his family. When he first contacted Manvendra, he was caring for his frail grandmother and working a snack stall.

The prince paid for Raval to travel to the campus with his grandmother, put a shawl around him, and heard his story. “Living outside was stressful, I’d always fear someone would find out,” Raval says. “I had anxiety just existing. Here, I can just focus on being myself.” His grandmother has since passed away, and he now helps out with everything from campus management to cooking.

One morning, Raval serves chai to a man in his 30s, who has walked over from a nearby village. The new arrival read about the campus online, and wants to talk about his secret love of cross-dressing. He unloads to Patel on the outdoor swing. Raval fetches snacks and the prince’s dogs snuffle in the dry dirt nearby.

In the years since Manvendra’s parents learned that he’s gay, his father’s attitude has softened. The pair now have a good relationship. But according to Manvendra, his mother’s attitude remains as difficult as ever: When they cross paths on the palace grounds in Rajpipla, they ignore each other.

These experiences only deepen Manvendra’s convictions about the importance of the campus. “If someone like me could be put into that trouble, it could happen to anyone,” he says. He could move to the U.S. with his husband, where he’d be far from the snakes, bugs, and homophobia of Gujarat. But he adds, “I don’t believe in escapism. Even if I’m in a homophobic culture, I’ll live in it and educate people.”

He smiles and takes a dainty sip of chai. “I belong to a warrior clan,” he says. “So I’m going to fight my whole life.”

August 8, 2022
Could You Have Antisocial Personality Disorder?