Ancient name of this region is Dakshin-Kausal.
The prominent rulers of this region in the medieval times were Kalachuris from 980 to 1741 AD. Chola dynasty also attacked and ruled some part of this region in 11th century.
During pre-modern times this region was under the control of Marathas (Bhonsale clan of Nagpur). After that its control went to British from 1845-1947.
Chhattisgarh is the 26th state of the India and was carved out from Madhya Pradesh on Nov 1, 2000.
Chandulal Chandrakar of Chhattisgarh Rajya Nirman Manch played the leading role in late 90s for creation of this separate state.

It borders with 7 states – Uttar Pradesh in north, Jharkhand in northeast, Odisha in east, Andhra Pradesh in south, Telangana in southwest, Maharashtra in west, Madhya Pradesh in northwest.
The highest peak of the state is Bailadila range in Dantewada district with an altitude of 1,276 m.

Chitrkot Waterfalls is located near Jagdalpur in Bastar district. The name of its river is Indravati. Due to its large span during monsoon season it is also called as Niagra Falls of India.
The state accounts for more than 70 % of India’s total production of “Tendu leaves” (used for making bidi).
Though three big rivers Mahanadi, Godavari and Sone flows through it, there is no proper means of irrigation developed.
The central part of the state lies in fertile range of Mahanadi and is gives good production of rice.
Dantewada is the largest district of Chhattisgarh in terms of area. Raipur is the largest by population.

Social and Cultural Facts about Chhattisgarh

Main festivals of the state are Pola, Nawakhai, Dussehra, Diwali, Holi and Gowardhan puja.
Chhattisgarh is one of the states with highest Schedule Tribe population. SC & ST taken together constitute 50% of States population.
Literacy rank of this state is 71.04 % which is below than national average of 74.04 %. CG comes at 20th rank in terms of literacy among Indian states.

Pandwani is a song and music mixed narration of incidences from Mahabharat. Teejan Bai is the popular Pandwani folk artist. This song form is famous in Chhatisgarh and Madhya Pradesh.

It is the most backward region of country but is rich minerals and earns from mining activity. Economy is mainly driven by the mineral resources of the state
Mineral Resources of Chhattisgarh – Copper, Coal, Iron, Limestone, Bauxite, Dolomite, Manganese, and Diamond.
Main Industries of Chhattisgarh – most of the industries are mineral based like BALCO, Bhilai Steel Plant. The well known Baldia mines, lot of power projects, Steel plant of Bhilai and many other cement factories belong to this state.
Chhattisgarh accounts for 15 % of total steel production of country.
Agricultural Products of Chhattisgarh – Tendu leaves, Chironji, harhar, baheda, mahu flowers, sal seeds. March 28, 2022
Chhattisgarh Food : 22 Food Dishes Of Chhattisgarh That You Should Try Once! 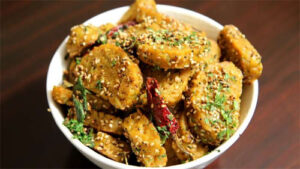 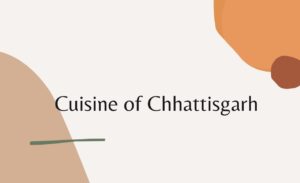