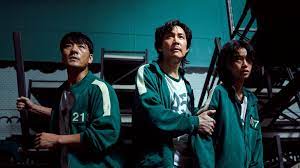 Actually the show has its own cryptocurrency brand, named Squid. This crypto has given investors huge returns of up to 30,000 percent and that too in a matter of hours. At the same time, in the last 5 days, this cryptocurrency has given a return of more than 1 lakh percent. Squid Crypto was at $0.012 on Tuesday, which has risen to $13.39 on Saturday.

According to Coinmarketcap, the Squid token jumped over 75,000% from Tuesday to Friday. The “Squid Game” is a South Korean dystopian series about people competing for prize money in brutal survival games. This series has grown a lot. The market capital of this crypto has now exceeded $94 million.

Squid’s pre-sales started on October 20 and sold out in 1 second. It is a “play-to-earn” cryptocurrency. Squid holders can play games online inspired by the games at the show. Squid is charged an entry fee – 10% of which goes to the developers, and the rest is invested back into the reward pool. With this the squid joins mime coins such as the shiba inu, which have shown great momentum for no particular reason.

The digital currency rose 34,285 percent in less than 100 hours to $4.15 on October 29, from $0.01236 on October 26. In less than four days, Rs 1,000 invested in this crypto became Rs 3,43,850. However, experts have issued a warning regarding this token. A warning stated that there have been several reports that users have not been able to sell this token on PancakeSwap. So be careful while trading in them.

Squid has implemented an innovative anti-dump mechanism, the maximum amount that squid can be sold is 1/2 of the total purchase price in the pool. So if there is no sell credit left in the pool, you can sell no more than after two consecutive purchases of smaller amounts.

Know what is cryptocurrency

A cryptocurrency is a digital or virtual currency that is secured by cryptography, making it nearly impossible to spend it in a fake way or two. Many cryptocurrencies are decentralized networks based on blockchain technology. A defining characteristic of cryptocurrencies is that they are generally not issued by any central authority, which should theoretically give them immunity from government interference or manipulation. Cryptocurrency is a form of digital asset based on a network that is delivered to a large number of computers.