Every day, Earth is besieged by ionizing radiation, high-energy waves that can remove electrons from atoms in the body. High levels of ionizing-radiation exposure can lead to radiation sickness and cancer. Fortunately, our planet’s magnetosphere and atmosphere prevent almost all of this radiation — generated by the sun and galactic cosmic rays from exploding stars — from reaching life on Earth’s surface. But up on the International Space Station (ISS), which is still protected by the magnetosphere but not the atmosphere, astronauts are exposed to higher levels of ionizing radiation, which increases their risk of developing cancer over the course of their careers.

READ MORE:-The Surprising Benefits of Journaling One Sentence Every Day

Under the current limits, set by NASA in 1989, the effective dose limit for an astronaut’s career is based on a maximum 3% lifetime excess risk of cancer mortality. That risk is evaluated with a sliding scale based on age and sex, ranging from a lower career limit of 180 millisieverts (mSv) of radiation for a 30-year-old woman to an upper career limit of 700 mSv for a 60-year-old man.

According to R. Julian Preston, a special government employee with the U.S. Environmental Protection Agency’s Radiation Protection division, NASA’s lower radiation threshold for female astronauts was based on the following finding: When women and men were exposed to high levels of radiation for similar periods of time, women had more than twice the risk that men did of developing lung cancer.

Related: Why did the atomic bomb dropped on Hiroshima leave shadows of people etched on sidewalks?

“It has been generally considered — based largely on the survivors from the atomic bombs in Japan — that, particularly for lung cancer, that women were more sensitive” to ionizing radiation than men were, Preston, who serves on committees for the National Council on Radiological Protection and Measurements, told Live Science.

Those guidelines have had real career consequences. In 2018, former chief of NASA’s astronaut corps Peggy Whitson, who had publicly voiced her frustrations with the radiation limits for female astronauts, had to retire after hitting her career limit on radiation exposure at age 57.

However, NASA’s radiation thresholds are expected to change in the near future. In 2021, NASA asked a panel of experts convened by the National Academies of Sciences, Engineering and Medicine to assess the space agency’s plan to change its career radiation limit to 600 mSv for all astronauts of all ages. NASA determined that limit by applying the agency’s cancer risk model to the most susceptible individuals: early-career women. NASA calculated the average risk of exposure-induced death for this group and converted that risk, which allows for a much larger margin of error than previously, to a dose. That 600-mSv dose translates to the exposure an astronaut would receive during four six-month expeditions on the ISS. For comparison, the average annual dose of radiation received by a person on Earth is about 3.6 mSv, according to NASA, versus 300 mSv per year on the ISS.

The new limit “would reduce the dose for some groups of males, particularly older males,” said Preston, who was also the vice chair of the National Academies’ expert panel on assessing cancer risks for crewed space missions. “That would mean that the women could have an extended career.”

The committee, which published its report in June 2021, consisted of three groups, which respectively analyzed the risk assessment process, ethical issues and communication of the new recommendations.
Related mysteries

—How radioactive is the human body?

—Is the radiation from airport body scanners dangerous?

—What would it be like to travel faster than the speed of light?

“In order to reach that equality, [women] could receive a higher dose than they currently can, at higher exposure than they currently are allowed,” Preston said. “We discussed that at great length as an ethical issue. It’s a question of the balance between what the impact of that slightly higher dose was likely to be versus the equality of career opportunity. We proposed NASA could proceed with that approach.”

NASA’s proposed plan does include a waiver on the career exposure limit for longer missions, such as an eventual trip to Mars, which would expose astronauts to an estimated 900 mSv. That dose, however, is likely less than the 1,000-mSv career exposure limits that European, Canadian and Russian space agencies currently have for their astronauts.

“If [NASA] decided that this is a critical mission, and there are certain astronauts who are critical to that mission who would exceed their career exposure, NASA could apply a waiver to that, and it was built into their overall [exposure] standard,” Preston said. “[It’s] quite a complicated ethical issue, but it would be necessary in order to go to Mars.

Tags: Why does NASA let male astronauts stay in space longer than females? 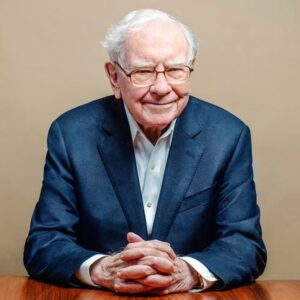 June 21, 2022
Amritsar Calling: A city that boasts of a fabric, both beautiful and strong 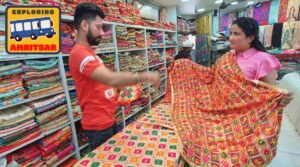